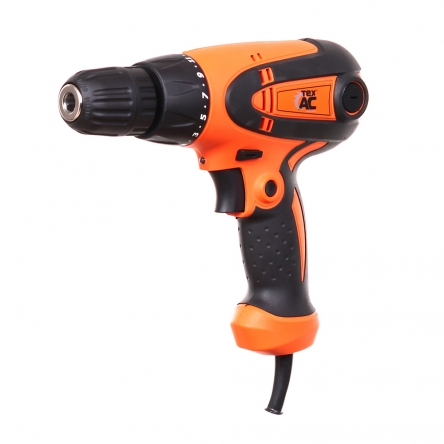 id: 00042
For comfortable work with Tex.AC TA-01-108 line-operated screwdriver, special rubber pads are placed on the handle that prevents slipping of the tool. LED backlighting, installed under the cartridge, will help illuminate the working area, when performing work in places with poor lighting. This line-operated screwdriver is allocated with a quick brush change function.